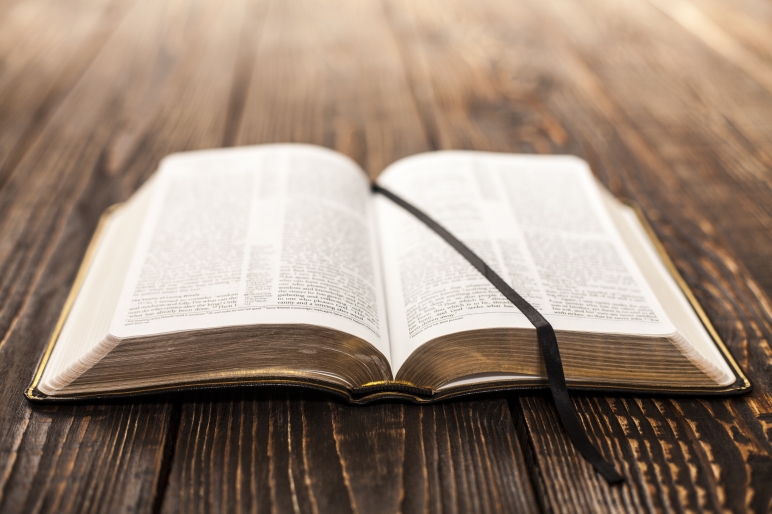 Australia now has two local Acts banning so-called “gay conversion therapy”, in Queensland and the ACT. An article on the ABC website on November 8, 2020 reports: “Gay conversion practices to be outlawed by the Victorian Government“. But this latest article demonstrates that some activists calling for these laws want to go well beyond outlawing horrible practices like shock therapy or “aversion” therapy. Those quoted in the article want to ban “conversations with religious leaders” on topics of sexuality. Such a law would be a gross violation of free speech and religious freedom rights, as well as an attack on those experiencing same-sex attraction who may want to be helped to live in accordance with religious teachings on these issues. Laws like this ought not to be passed.

The meaning of “conversion therapy”

To start with, we ought to be clear on what we mean by “conversion therapy”. My impression is that most Australians, when they hear this phrase, will think of horrible and invasive medical and quasi-medical techniques inflicted on an unwilling young person. Examples of these things are actually put forward in the already-enacted Queensland legislation on the topic, to be found in Chapter 5B of the Public Health Act 2005 (Qld) (“PHA”). (I outlined the provisions of this law in a previous post.)

There we find one of the examples they use of the practice is:

This is clearly dreadful. Other examples in the popular mind may be electro-shock therapy. But where problems arise is in the shifting referent of the phrase, so that rather than referring to inappropriate and coercive medical or psychological procedures, it comes to be used to refer to any help that might be given to someone who does not want to act on same sex attraction.

As noted above, I have written previously on the Queensland legislation (which commenced operation on 20 August 2020), and in that post I also referred to the ACT law when it was at the stage of being debated. The ACT law, the Sexuality and Gender Identity Conversion Practices Act 2020 (the “SGICP Act”), has now been approved by the ACT Parliament. It was officially “notified” on 4 September 2020, and will come into operation on 4 March 2021.

Between the writing of my previous post and its passage through the Parliament, the ACT law was slightly amended after expression of concerns about its impact on religious teachings. The SGICP Act now contains the following “Note” after s 7(2), which is a provision spelling out what does not amount to a “sexuality or gender identity conversion practice”:

Note: Under the Human Rights Act 2004, s 14, a person has the right to freedom of thought, conscience and religion, including the freedom to demonstrate their religion or belief in worship, observance, practice and teaching, either individually or as part of a community and whether in public or private. It is not intended that a mere expression of a religious tenet or belief would constitute a sexuality or gender identity conversion practice.

At first this seems to be a sensible limitation of, and clarification of, the legislation. But there are some important principles of legislative interpretation in the ACT that need to be taken into account. First, something that is a “Note” is not deemed to be an official part of the Act; indeed, this is spelled out in s 4 of the ACT Act: “A note included in this Act is explanatory and is not part of this Act.” This rule is also spelled out in the ACT Legislation Act 2001, s 127(1).

Second, in contrast, something that is an “example” is said under s 126(4) of the Legislation Act to be an operative part of the Act in which it is included. Both sections 126 and 127 of the Legislation Act are what that Act calls “determinative provisions” (see s 126(9) and s 127(7).) This means that, in accordance with s 6 of that Act, they can only be “displaced expressly or by a manifest contrary intention”. This means that it cannot be plausibly argued that something called a “Note” will prevail over something labelled an “example”, unless that is clearly spelled out (which is not the case).

This somewhat technical analysis shows that, even though the “Note” to s 7(2) of the SGICP Act seems at first glance to provide some protection for religious freedom, it cannot override anything labelled an “example”, or any other provision of the Act itself. At most, it may provide some guidance to a court where there is doubt about the meaning of a work or phrase. In that sense it may well be helpful, but it would have been much more effective if it had been included as a specific “example” of something that does not amount to an unlawful practice, or included explicitly as a part of the Act itself.

One “example” which has been included in s 7(2), however, will be helpful: it provides that it is not an unlawful “sexuality or gender identity conversion practice” to provide “support for a person exploring and expressing their sexuality”. The words “exploring and expressing” would seem to cover a young person who had same-sex attractions but desired, in accordance with the teaching of the Bible, to live a chaste life by not engaging in sex outside marriage. The word “sexuality” is defined in the Discrimination Act 1991 (ACT), in the “Dictionary” to that Act (to which we are referred by the Dictionary to the SGICP Act), as follows:

Since “sexuality” includes “heterosexuality”,  assistance to a young person who saw themselves as heterosexual but had homosexual temptations, to resist those temptations, would seem to fit well within the definition of “support” for a person “expressing their sexuality”.

Yet when we turn to the ABC article noted previously, we see a very narrow and prescriptive view of the sort of conversations around sexuality and sexual behaviour that should be allowed, as proposed in Victoria. (To be clear, these comments are not presented as the views of the Victorian government, but they may be influential in shaping such views.)

So we find, for example, this statement about how the law should be changed:

However, survivors do not use the term therapy, as what they have endured is not therapeutic.

They say the term misrepresents the most common, informal conversion practice of conversations with religious leaders (emphasis added)

In case we are left in any doubt that it is indeed “conversations with religious leaders” that should be made unlawful, we read a story about a gentleman who had conversations with a pastor which he acknowledges were designed to help him. The label to a photograph sums up what readers are invited to infer was a sad story:

After having informal conversations about conversion, and formal counselling, Patrick McIvor married a woman and started a family.

We are then given the happy ending to this story when Mr McIvor  “eventually left organised religion, came out again as gay, and amicably separated from his wife”. But the clear implication of the narrative is that what was done previously should somehow be made illegal.

The second personal story related is of someone who “had to leave his role as a youth pastor when he came out as gay at a Gippsland church”. But this account contains no account of any extended form of counselling or “therapy” designed to change this person’s sexual orientation, apart from a comment that some people from the church suggested his orientation could be connected with “bad life experiences”.

In the conclusion of the article we are told this:

In other words, almost any context in which conversations might be had about the Bible’s teaching on sexual behaviour are being set forth as situations where such conversations should be made unlawful. And this to conclude:

“Penalties should be based on whether or not someone has delivered conversion practices, and not put the responsibility on the survivor to demonstrate they were harmed or go through a conciliation process.”

So even if no-one has been harmed (and even, it seems, if they request advice and assistance in dealing with unwanted sexual attractions) penalties should be applied!

Why such bans would be a bad idea

To be clear, extending the law to punish speech in these ways would be a very bad idea. The fact is that, like it or not, the major religious traditions of the world have largely taught for a long time that homosexual activity is not in accordance with God’s will for humanity. A pastor, rabbi, imam, or other religious teacher faithfully presenting the teachings of their religious tradition will occasionally have to mention this fact, and encourage believers to change their behaviour if it is contrary to God’s purposes.

Of course such views are unpopular with many people today. But a truly “diverse” society recognises that there are deep differences of opinion on a number of sensitive areas, and will protect freedom of speech and religious freedom for minorities, so long as those things do not inflict serious harm. A robust community cannot classify the mere offence of learning that some others disagree with my sexual activity as “serious harm”.

No-one should be coerced using invasive medical and psychological techniques to change their sexuality against their will. But the law must not prevent those who are committed to a religious world-view from receiving sensitive and caring help to change their behaviour to allow them to serve their God. Nor must it penalise religious leaders who simply explain the teachings of their religion.